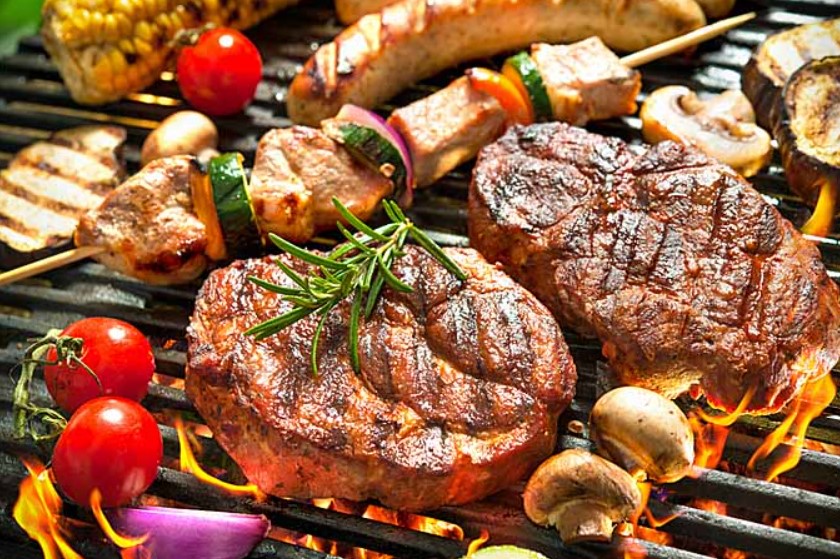 Grilling, smoking, and barbecues are all related activities. They are methods by which meat is cooked. Barbeque is the product of grilling and smoking. Collected.Reviews has shown that people order food online less during events that have to do with barbeques. There are so many facts about grilling, smoking and barbeques that are popular, and there are other ones a lot of people don’t know exist. Here are interesting facts about these three.

· The origin of barbeque:

Nobody is 100 percent sure about where the barbeque is from originally. Some people think because of the original name, ‘Barbacoa’, before it was translated to English, it is probably from the Spanish people. Others have suggested it’s from the French or the Caribbean.

Surveys and facts have shown that the most common food item people make while grilling and preparing barbeques is a regular good old hamburger. Many people, 85%, say that hamburgers are their favourite barbeque food item, followed by steaks, then hotdogs and finally the chicken, although you can cook anything with a grill.

The most popular side dishes people serve with barbecues are potatoes, grilled vegetables, corn, baked beans and even cornbread. Although many people like to eat their barbeque alone, most people enjoy their barbeque with side dishes.

Barbeques are always done at family gatherings on special occasions. Most people that grill and prepare barbeque learned it from their fathers, brothers, or uncles. The coming together of family members makes barbecues more enjoyable.

Barbeques have a solid regional presence all over the world. People do barbecues differently in different places. Some eat it alone. Some like hot spices, others use sugary sauces. Some people remove the bones in the meat, while some eat it off the bone straight. Some people in certain parts of the world don’t even eat pork barbeque. Barbeques are versatile in different parts of the world.

The longest barbeque measured 8,000 meters and was from the Philippines on the 4th of April, 2014. This record was set to celebrate the 800th anniversary of Bayambang. About 8,000 grills measuring 1m in length, 58cm in height and 21cm in width were connected.

Barbeques are a thing of joy that bring people together and that many people can relate to because they are present, although in different forms, all over the world. Almost everyone in the world enjoys barbecues, and there are so many interesting facts about them.